Inclusive Gateways - How to use them

Inclusive Gateways are a little different to other gateways, let's find out how

What's the function of an Inclusive Gateway?

The Inclusive Gateway can be similar to an Exclusive Gateway, however, it is predominantly used to control the flow of a Process downstream only. They usually have the following properties.

Care must be taken to ensure that the combining gateway receives all the tokens from the split so that it triggers the downstream flow. You'll understand more what we're talking about as we run through some examples. 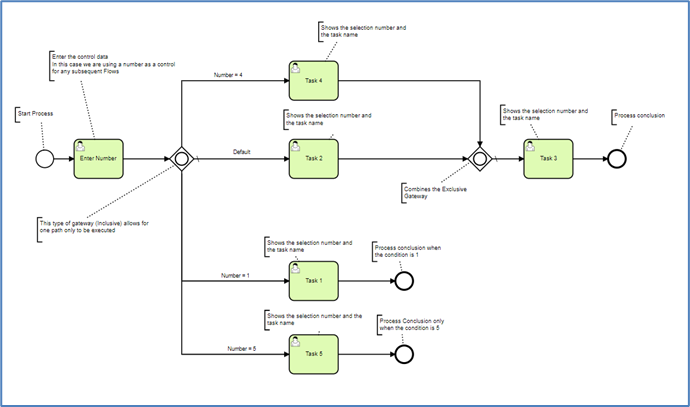 Using an "OR" type condition 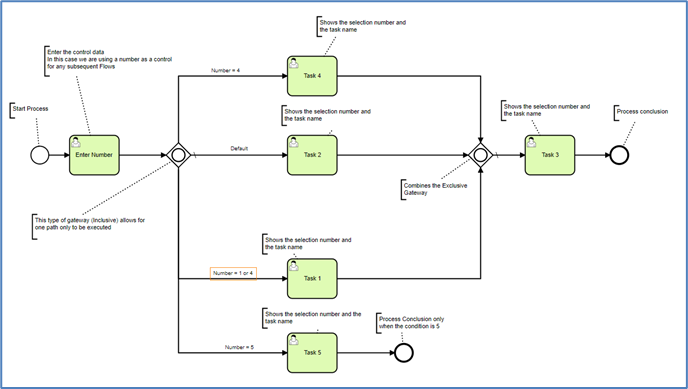 Additional conditions can be added to each branch as shown below. Care should be taken so that the splitting of any inclusive branch resolves so that the token is passed to the combining Inclusive Gateway.

In this example, Task 2 was modified so that the Number can be re-entered to avoid a permanent loop. 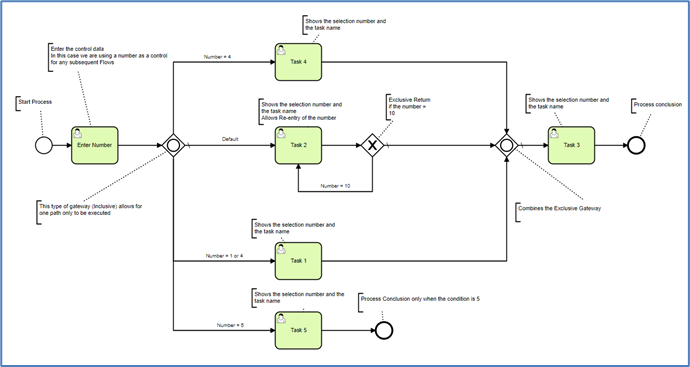 As seen with Exclusive Gateways it is possible to terminate the process from one of the branches, as in our Visual Remapping example. Care must be taken in these situations as they can lead to unexpected operation of the process.

It can be seen below that there is a possibility of losing the token for this Process if the number is 4. In this case both Task 1 and Task 4 are called however the exit to task 1 will split to task 6 and then terminate, thus potentially losing the token. 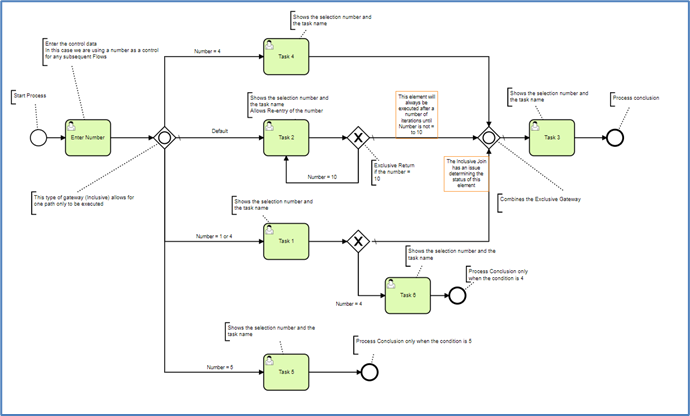 Potential resolution for early termination of an Inclusive Branch

In the below example, Task 1 now has two paths coming away from it on completion. One passes to the combining Inclusive Gateway to ensure that the token is passed to it, the other path passes to a conditional termination.

This is a valid use of Task 1 exit points as shown in our article, Do you need to use Gateways?. As discussed in that piece, a parallel break should be controlled by a Parallel. This change to the process will be given in the Parallel Gateway article!

The Process shown below is only valid if Task 5 is never executed in parallel with any other Task. 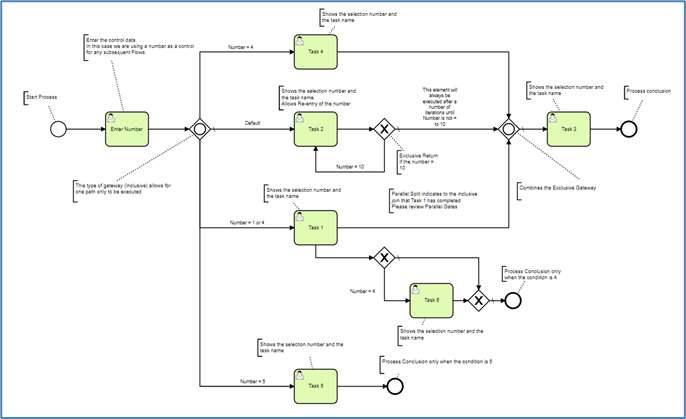 This example is a functional solution but it does not follow best practice as a Parallel Gateway should be used at the exit of Task 1.

Also Task 5 has a unique path and so will never execute in parallel with any other task. If Task 5 was to be executed in parallel then its token would be lost and the combining Inclusive Gateway may fail and Task 3 would never execute.